March 08, 2012
Arid lands across the globe are being impacted by water shortages that are having grave economic consequences. In the arid west of the United States, this is causing a conflict between cities and agricultural entities which are competing for the same water!   At the same time, arid soils have been compromised due to common management practices and therefore are not functioning at optimum capacity.  As a result, these soils provide relatively low levels of water and nutrition to vegetation. These compromised soils lack or are deficient in Mycorrhizal fungi and Humic substances; both Mycorrhizal fungi and Humic substances greatly increase a soils capacity to hold water and a plant’s ability to uptake nutrients.


If we do not restore compromised arid soils, we cannot maximize crop success nor the conservation of water in arid lands of the Western United States, nor anywhere else on the globe.

Mycorrhizae associate with roots and help improve the uptake of water and mineral nutrients from the soil, particularly during times of drought or when soil pH decreases mineral availability.  “Developing agricultural practices using the fungus as an inoculum could help bring back low-input agriculture and enable cultivation of arid or semi-arid lands because the fungus promotes drought resistance in the plants it colonizes” said Dr. Lammers of New Mexico State University.

Humic substances, containing Humic Acids, are complex biologic chemicals, which are prevalent in healthy top soils.  Humic substances are incredibly hydrophilic (water-loving),  they significantly increase a soils Cation Exchange Capacity (CEC) and they contribute to macroaggregate formation.  Combined these benefits convert arid soils, which more than likely are not providing sufficient water nor nutrients, into a soil which provides abundant nutrients and water.

Below are 2 sets of pictures illustrating success in arid Arizona: 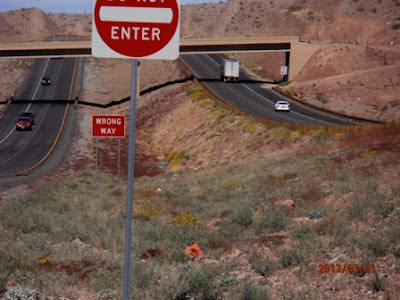 January 13, 2012
I was recently asked to provide a simplified explanation on the importance of Cation Exchange Capacity (CEC) values. My Response:  CEC is the ability of a soil to hold onto plant nutrients.   The finer the particle size the higher CEC value, generally speaking. For example sand particles are course and visible to the naked eye, where as clay particles are fine and are not visible to the naked eye. So clay will have a higher CEC value than sand. It is obvious to most of us that sand cannot hold onto water or nutrients as well as a soil with a finer texture. Therefore, soils rich in Clay and Loam size particles are universally recognized as being better for farming - CEC explains this.  The numerical value for CEC represents how much nutrition can be held by a given amount of soil. For example one pound of a clay loam soil with a CEC value of 20 will hold 4 times as many nutrients as a sandy soil with a CEC value of 5. 20/4 = 5 .  It's all about math, for example Nitrogen in
Post a Comment
Read more