Fixing Soil using Carbon: Can Soil Carbon Sequestering be Encouraged and How Does This Change The Water Management Equation?

It's common knowledge that the idea of increasing the amount of soil organic matter is generally a good idea.   Its an even better idea if you live in a place on the globe where soils never truly developed a defined zone of topsoil that one can see with the naked eye.  Where I live in the arid Southwestern Chihuahuan Desert the only place we can truly see carbon rich topsoil is where lots of natural vegetation was able to grow over many hundreds of years, depositing organic debris and growing lots of roots that finally decay and contribute to this accumulation of decaying organic matter.   An example of this might be along a creek or river where riparian vegetation is getting enough water.

Soil Secrets success in increasing the percent of organic matter and soil carbon sequestering.    I've attached a inset of a soil analysis so we can see the values concerning the increase in Percent Organic Matter on a trial site we've been watching for 12 years.  At the start 12 years ago the site had a raw percent organic matter content of only .6%, slilght over 1/2 percent.   The site is sand soil so the bulk density will be higher with the whole acre foot of soil weighing about 4.8 mllion pounds, therefore 4,800,000 X .006 = 28,000 pounds of indigenous soil organic matter.  So before Priming with Soil Secrets Biomimetic process, the raw carbon of the site 1 foot deep can hold 19,980 gallons of water.    So if you look at the inset of the analysis done on 11/21/2016 you can see that the new percentage value has gone up to 5.8%, which is 278,400 total pounds of Soil Organic Matter.  The carbon fraction will be at 161,472 pounds holding 1,614,720 pounds of water which is 193,148 gallons of water per acre foot.   That's 4.4 gallons of water in every cubic foot of soil. 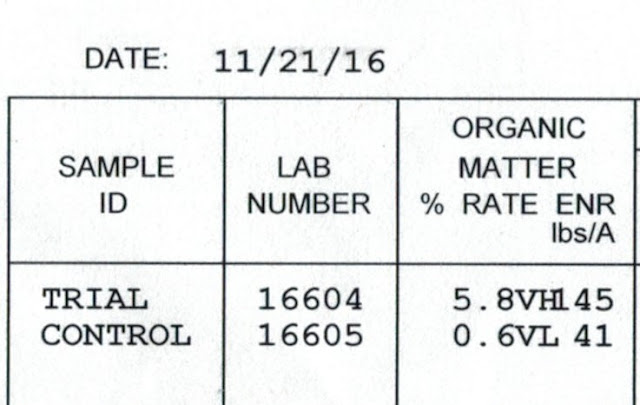 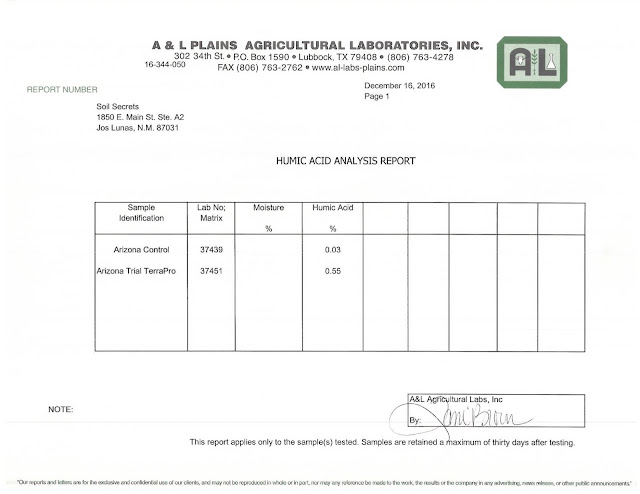 Humic Acid Percentage of Control and of treatment site

In conclusion, by using the "Applied Science" of the Biomimetic products invented by Soil Secrets LLC, we have proven that we can accelerate the soil carbon sequestering process faster than the application of soil amendments such as compost, manure or biochar can contribute.   The formation of topsoil defined by this Net Gain in Soil Carbon penetrates the earth 24 inches.  See the attached photo of a spade of dark top soil that was extracted versus another picture showing the raw site before Soil Secrets.    The 24 inch deep carbon rich top soil at 5.8% Soil Organic Matter is a massive accumulation far exceeding what Nature could normally produce over the course of several centuries.    The final evaluation we used to measure carbon accumulation was to measure the Net Gain in what we generically call Humic Acid, which are not really acids, but are carbon rich compounds that resist decay.  These compounds also called Humic substances fall under the catagory of "Recalcitrant Carbon" which are not measured using the Soil Organic Matter test.  In this case we had a net gain of 24,960 pounds of this type of carbon per acre one foot deep.

Combined, the two types of carbon add up to a successful story of a massive amount of Carbon Sequestering 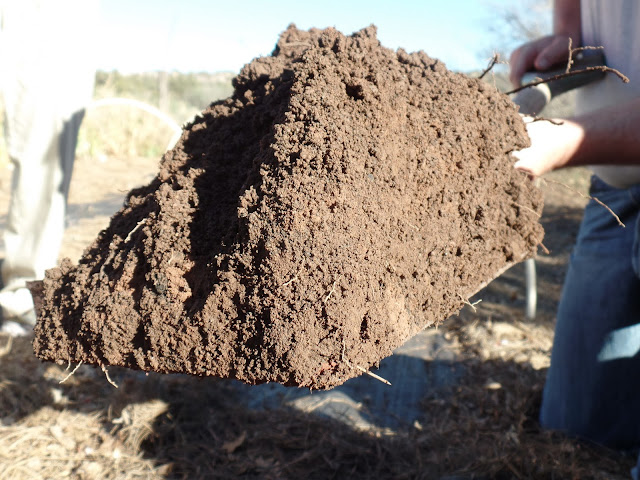 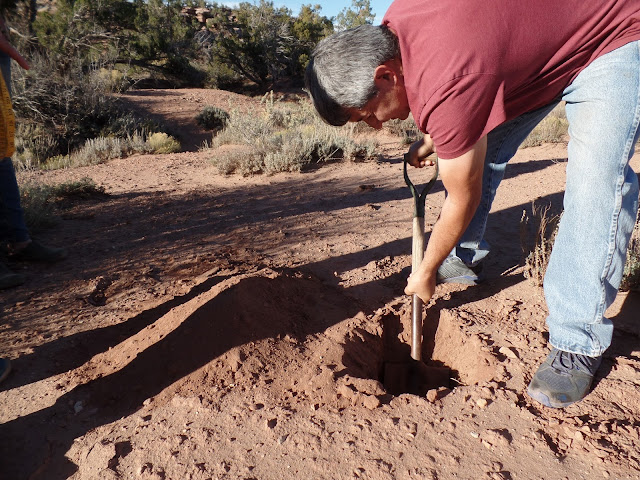 The raw site used as a Control.  Collecting soil for analysis